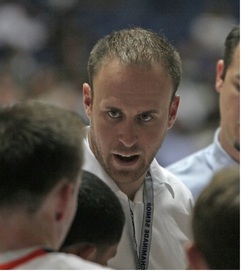 Growing up in the San Fernando Valley, just minutes from Chaminade High School, Coach Todd Wolfson has always had aspirations of becoming a successful high school coach. As a three year varsity player at El Camino Real High school in Woodland Hills, coach Wolfson always knew his aspirations of becoming a high school coach. “Even when I played in High School, I wanted to learn more about the game and knew that someday I wanted to be High School coach,” Wolfson said. After high school, Wolfson attended UCSB where he would study communications and his focus could switch from player to coach.

After 2 seasons coaching at his Alma-Mater El Camino Real HS. Coach Wolfson took the Varsity basketball job at Chaminade High School in 2009. In his inaugural season, the Eagles won 20 games and lost in the CIF D4 finals in overtime, to Price HS of Los Angeles who featured Portland Trailblazers NBA player Allen Crabbe. That year Coach Wolfson was named CIF Coach of the year and Daily News Coach of the Year.


In 2014 Coach Wolfsons Chaminade Eagles went 27-6 and won the first ever California State Championship in the history of the school. Coach Wolfson was named CIF coach of the year for the second time in six years and credits his players, administration and assistant coaches for the teams success.

2014-15 will be Coach Todd Wolfson’s 10th season as a high school basketball coach (seven with Chaminade, three with El Camino Real) and he is excited to take the Eagles to new heights. “Success is not measured in wins and losses but in the experience you will have playing basketball for me. We will find a way to make each day better than the next,” said Wolfson. His current Varsity basketball coaching record as of 2014-2015 season is 118 wins and 39 losses.

When not coaching basketball Coach Wolfson is a full-time substitute teacher at Chaminade HS and can be found watching NCAA basketball or hanging out with his niece Quinn Wolfson (2) and nephew Trevor Wolfson (1) . 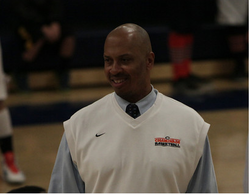 Coach Corn has been coaching and playing basketball for almost his entire life. He currently lives in the Encino area and coaches youth basketball as well. He has twins Doria (5) and Chase (5).
PLAYING CAREER: University of Louisville, Louisville, Kentucky Fall 1988 – Spring 1992
Major: Criminal Justice 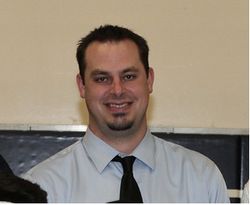 Upon graduation from Santa Clara, Coach Borchart returned as an assistant coach to Chaminade in 2007 for one season under Bryan Cantwell, and then came back again in 2010 after earning his Master’s in Educational Counseling from Azusa Pacific.

In addition to this being Coach Borchart’s 5th season as an assistant coach, it is his 4th year as a Guidance Counselor for Chaminade High school and he and his wife just celebrated their son Maverick’s first birthday. 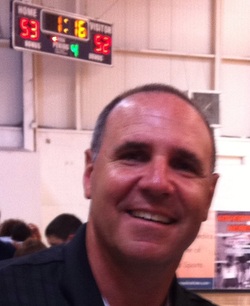 Scott knew he had basketball in his blood from the age of 8 when his dad, a former basketball coach, sent him to the Gail Goodrich-Elgin Baylor Basketball Camp. But it was while playing intramural college basketball that Scott realized his true passion for the game was in coaching. Scott has been coaching various levels of youth basketball for over 15 years. In 2003, he began coaching for Gametymers Basketball; while there, he conducted practice sessions and competitions to enhance technique and basketball fundamentals.
In 2006, he seized the opportunity to build a basketball program and youth league at the Jewish Community Center in West Hills.  Fusing his love of basketball and professional experience, Scott began focusing on team management and operations; he organized summer basketball camps for professional players such as Earl Watson, Smush Parker, Jordan Farmar, and the Harlem Globetrotters. In 2007, Scott joined the Chaminade family when his youngest son entered the Middle School. As his son continued to play JV and Varsity basketball for Chaminade High School, Scott continued to build his own relationship with the program. Scott has spent hundreds of hours in the Chaminade gym in many different capacities alongside the basketball program and in 2013, Scott became the Director of Basketball Operations.  Scott has two children Olivia & Griffin. 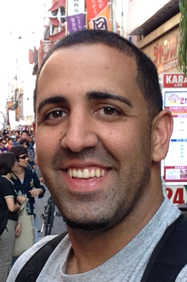 Shayaun Saee was born in and raised in the San Fernando Valley in West Hills, California. Shy was always involved in sports coming from a sports family and was fortunate enough to play for one of the better high school teams in Southern California at Calabasas High School. He was also developed his skills enough to play in college in Santa Barbara and overseas in the middle east, as well as the Iranian national team. He ended his playing career in the United States in the IBL. Shayaun received his degree in Business/Economics at UC-Santa Barbara.

He began developing players about 2 years ago around the valley from high school, college, and professional basketball players. He got into the coaching ranks in the summer, working in the AAU circuit and helping with Calabasas High School. This is his 1st season at Chaminade High School, helping with development of the players.

Shayaun is the son of Majid and Azin Saee. Has two brothers Shawn (29) and former USC Trojan Quarterback Emon Saee (23). 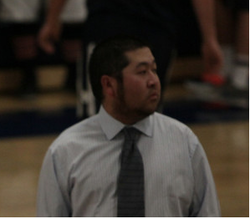 
Coach Sugiyama enters his fourth season as a member of the Chaminade basketball staff. He served as the Freshman coach in 09-10 and has been a Varsity assistant coach from 10-11 to the present.


A graduate of El Camino Real High School in Woodland Hills, he has always been around Southern California high school sports. "Winning is a mentality, anyone can be a winner, they just need to think of being successful and get used pursing it every minute of their practices/games," said Rich. Coach Sugi helps in areas ranging from player development to his statistics and data analysis. Team tendencies, shot selection are just some of the areas Coach Sugi is focusing upon for not only the Chaminade Basketball team but the opposition. Rich enjoys working with kids who strive to get better everyday and strives daily to be a part of a winning culture. He has been a part of two CIF runner up seasons at Chaminade. In 2013 Coach Sugiyama has won a CIF championship in baseball while coaching at Harvard Westlake HS. 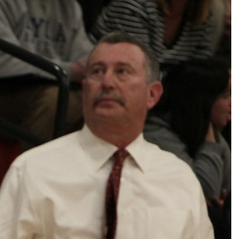 During the period from 1971- 2000 I actively played and coached in numerous basketball leagues.

Bruce is a big believer in trying to incorporate my work and life experiences into my coaching methods in order to prepare players for challenges that will lay before them. 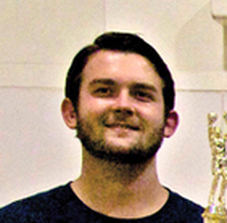 Coach Podsadecki will be entering his third year at Chaminade High School and second year as freshman head coach. Coach Podsadecki is a graduate of Chaminade High School and a graduate of UCLA. As a youth, Nick was always around the game of basketball, playing all around the country. Along with coaching at Chaminade, he also coaches club basketball and works as a shooting coach.